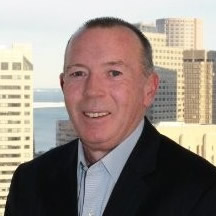 Art McCarthy began his career with CFS in 2001 as the National Director of Executive Search and was promoted to Vice President in 2006. As Vice President, Art is responsible for leading the continuous growth of the CFS Executive Search practice on a company wide basis. Before joining CFS, Art was with RHI from 1983 to 1994, where he began his search career as an Executive Recruiter and then managed the Boston Executive Search team. From 1994 to 1995 Art was the National Director of Search for Kforce, previously Romac & Associates. He later co-founded BFS Associates, a regional search and staffing firm from 1995 to 2001.

Art is a 1980 graduate of Salem State University, a CPA, and a member of the American Institute of Certified Public Accountants. He began his career with PWC, previously Coopers & Lybrand.